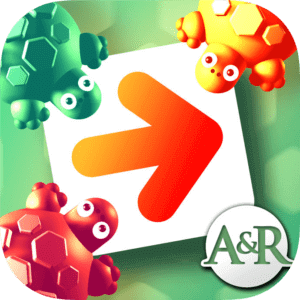 Turtles are back, and now they can jump!

This time, to go back home, they will have to avoid the bombs and to prevent the ants to steal their path! Drag and drop arrows to build the right path to the exit.

With more than 100 levels, kids will have a real challenge with progressive difficulty levels.

With this simple game, kids will learn the sense of direction, the crossings, the different ways to go to a point.

With ‘Turtle Logic 2’, kids will improve their logical skills while playing.
May the best turtle win!